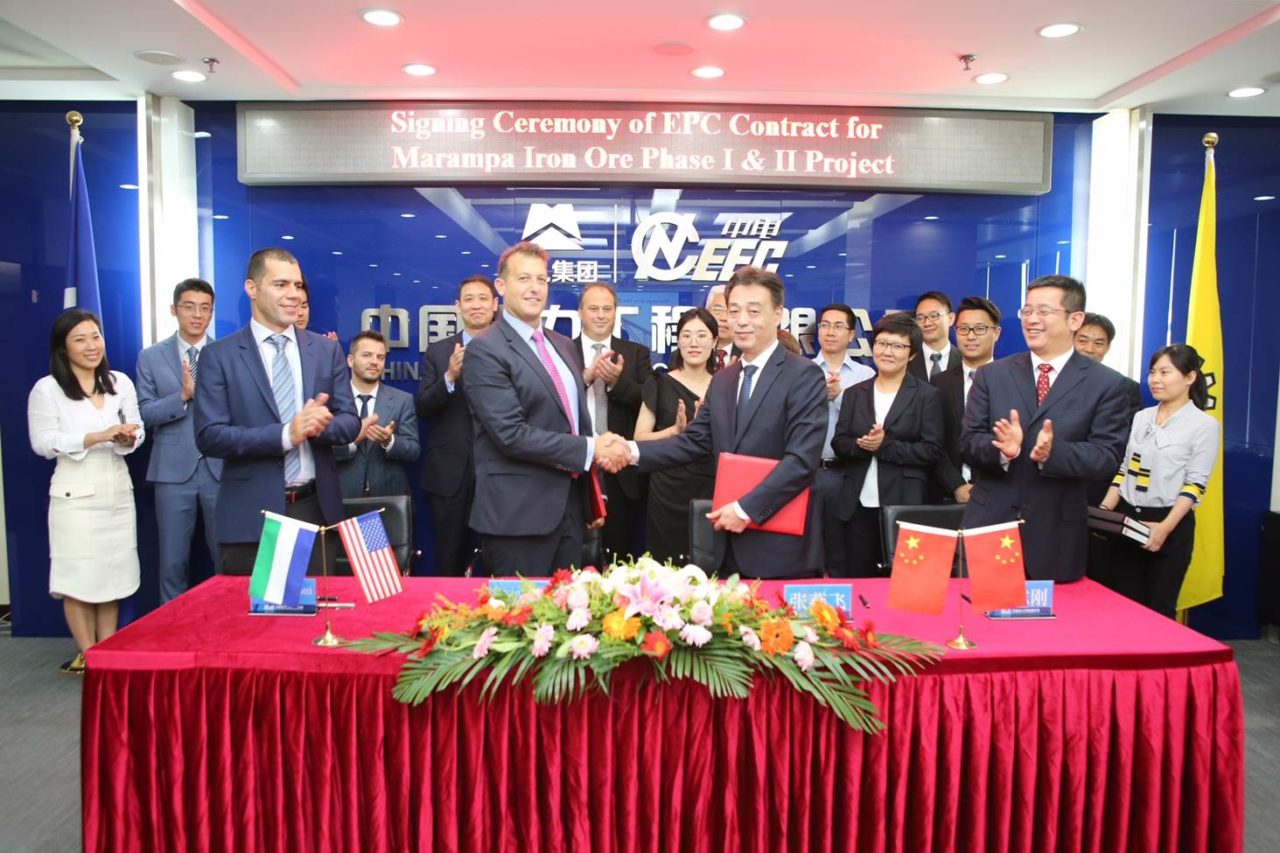 The agreement is a commitment to the construction of both phases of the engineering, procurement and financing of the SL Mining project for an overall investment programme of approximately US$ 300 million. SL Mining’s plan has been to re-commission this mine in the first quarter of 2019, and executing this agreement helps ensure this goal will be achieved. In the initial phase, the project will directly and indirectly create 1,000 local jobs, increasing in the second phase to over 1,800 jobs locally. SL Mining aims to source at least 90 per cent of its staff locally, a higher proportion than ever before, and to implement a robust training programme for its workers.

Gerald Group owns the mining licenses and land leases for the project under its wholly owned subsidiary SL Mining, which is engaged in the exploration, development and production of iron ore concentrate. The Marampa mine located in the Port Loko District in Sierra Leone, has a production capacity of 5.4 million wet metric tonnes of iron ore per annum. The Group is undertaking a full technical and operational review of the project to rehabilitate and upgrade the plant to produce a 65 per cent Fe concentrate grade. Phase I will see approximately 2mtpa of high-grade concentrate production while Phase II will involve expansion to 6 mtpa. The project has over one billion tonnes of indicated and inferred resources and a life of mine of over 30 years.

This website uses cookies to improve your experience while you navigate through the website. Out of these cookies, the cookies that are categorized as necessary are stored on your browser as they are as essential for the working of basic functionalities of the website. We also use third-party cookies that help us analyze and understand how you use this website. These cookies will be stored in your browser only with your consent. You also have the option to opt-out of these cookies. But opting out of some of these cookies may have an effect on your browsing experience.
Necessary Always Enabled
Necessary cookies are absolutely essential for the website to function properly. This category only includes cookies that ensures basic functionalities and security features of the website. These cookies do not store any personal information.
Non-necessary
Any cookies that may not be particularly necessary for the website to function and is used specifically to collect user personal data via analytics, ads, other embedded contents are termed as non-necessary cookies. It is mandatory to procure user consent prior to running these cookies on your website.
SAVE & ACCEPT