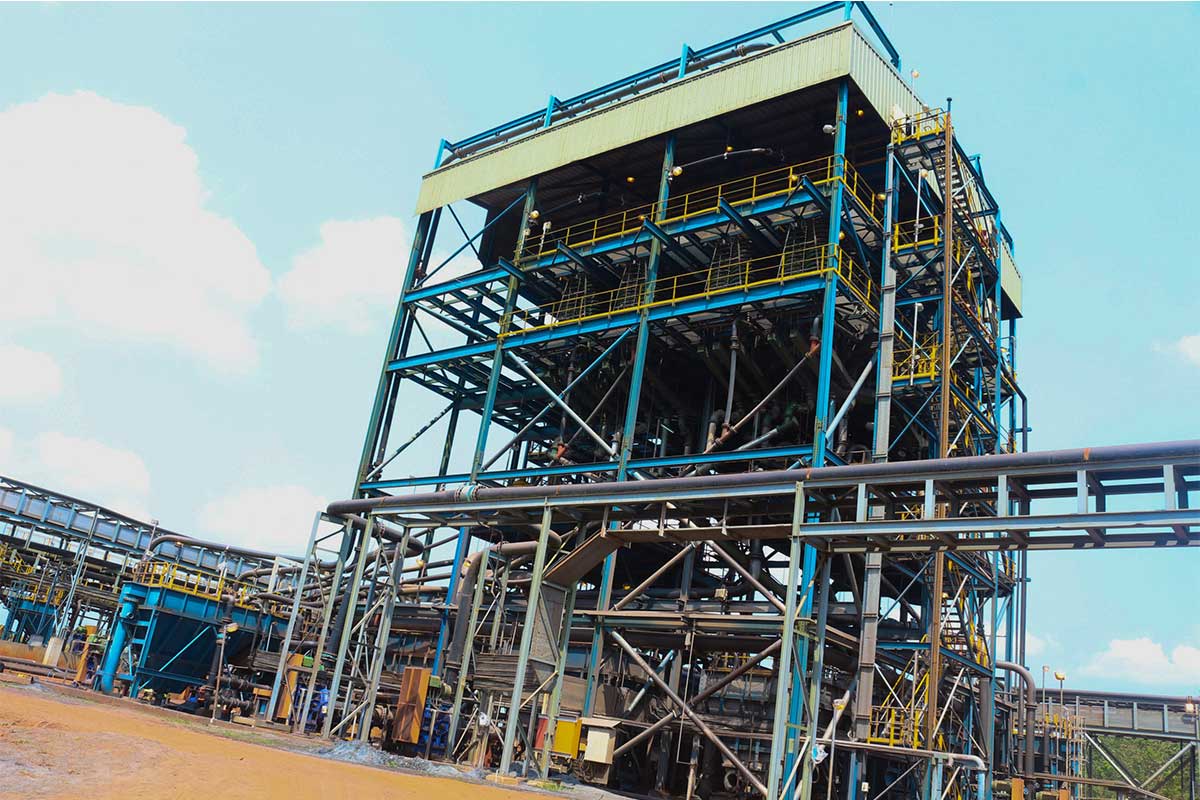 Marampa, February 4, 2019 – SL Mining Ltd (“SL Mining”), a wholly owned subsidiary of Gerald Group, is pleased to announce that the Marampa mine in Lunsar has started commissioning. With construction completed ahead of schedule in 4.5 months, the project is now ramping up production of “Marampa Blue”, a high-grade iron ore with over 65% Fe concentrate, a first by any mining company in Sierra Leone.

Gerald’s commitment to spend approximately US $300 million during Phases-I and -II, is aimed at bringing the project into production with a sustained output of 2 million tonnes per annum (mpta) in Phase-I, growing to 6 million tonnes per annum in Phase-II. Both phases will produce high grade iron ore concentrate with over 65% Fe content, one of the highest grades in the world, putting the project and the country of Sierra Leone on the global stage of top high quality iron ore concentrate producers.

From fewer than 70 employees in 2018, SL Mining currently employs over 650 workers to meet the growing demand of the operations and expects headcount to reach 1,000 in the next few months, and to over 1,800 once mining operations enters the second phase. The project estimates resources at about one billion tonnes of iron ore grading 32% Fe, with potential to expand the resource, for production over the next 30 years.

Craig Dean, Chairman, SL Mining said, “We are very excited to deliver the Marampa restart ahead of schedule and on budget. SL Mining has already demonstrated the investment has led to significant job creation in Sierra Leone and has generated other direct benefits to surrounding communities. We would like to thank the Government of Sierra Leone, the local communities, the World Bank and International Finance Corporation for their continued support of Marampa. Once SL Mining is optimized for Phase-II, our goal is to make Sierra Leone’s “Marampa Blue”, an internationally recognized premium iron ore brand,” Mr. Dean added.